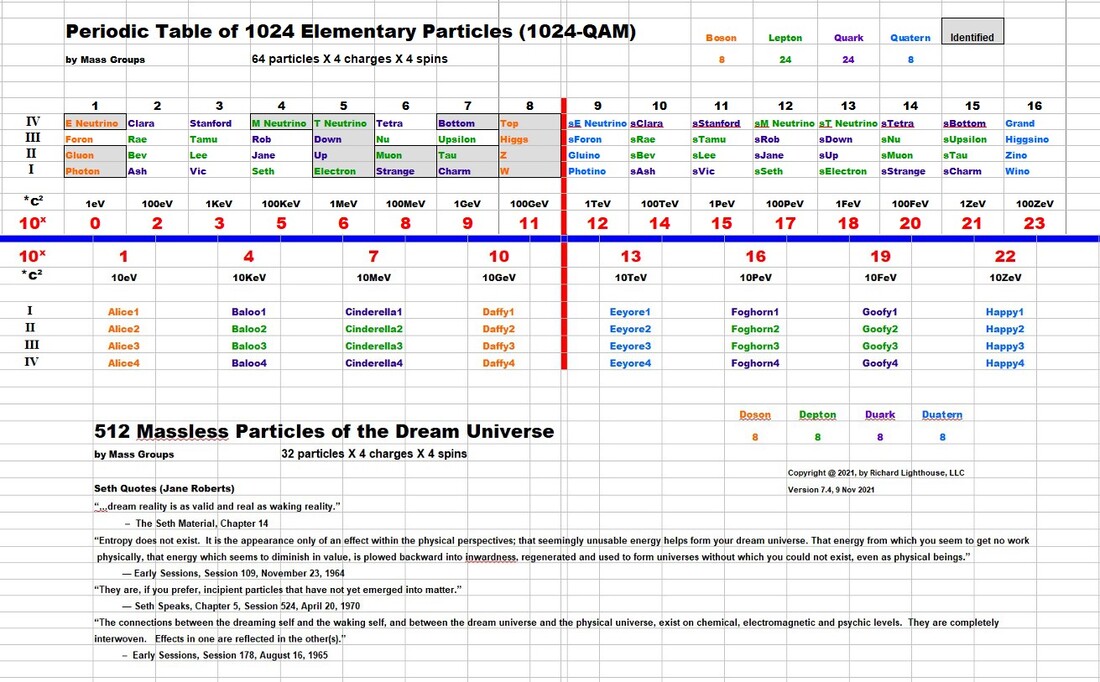 1)  It looks like the Clara and Stanford particles might be neutrinos.  Does this mean that all fourth particles (IV) are neutrinos, or just 4 of them?  It seems likely then that the Top Boson is also a heavy neutrino.
I am leaning towards - only 4.  This template would then apply to the supersymmetry side.

2)  The Top Quark is obviously a Boson.  They will figure it out.

3)  Supersymmetry particles in the 9th thru 16th mass groups probably have very short lives.  This may readily explain one of the difficulties in identifying them.  A faster "camera system" at CERN or FERMI should reveal something.

4)  Using Theodore Lach's equation, we can calculate the mass values of unidentified particles, and using an invention called a "Mass Trap" - we may be able to isolate them.  A Mass Trap would be a device that only allows a mass of a narrow range of values to pass thru - sort of like a low pass and high pass filter together creating a narrow range.

5)  If it can be isolated, the Grand particle is possibly so large that it can be seen with an ordinary microscope, under extreme conditions.  It is possibly as large as a single cell.

7)  Is there any method to prove the existence of Massless particles in the Dream universe?  It seems like a very challenging problem... Perhaps monitoring the influx of particles at the E point - might show evidence of the particles acquiring mass.

8)  Seth said roughly that by closely watching the neutral line (C and E points) we should be able to glimpse into the universe of antimatter.  A very interesting prospect...

9)  The Mass Groups of the Dream Universe cannot really be called that.  Perhaps "Energy Groups" is a better term.

10)  It seems odd that there are only 512 particles in the Dream Universe.  A more elegant solution would seem to be, the same number of particles.  There must be a valid reason for this?  Do mass particles need to appear in pairs for some reason?

11)  Our entire universal design seems to be structured around counting in "tens" and orders of magnitude.  Why would every intelligent race necessarily count in "tens"?  They might learn to count in Base 2 or Base 8...

12)  The next easiest particles to identify should be Tetra, Nu, and Upsilon.  These were the first 3 that I predicted.  The mass range suggests they are easy to find.  They might already be hidden in the data of previous experiments at CERN and FERMI.
d 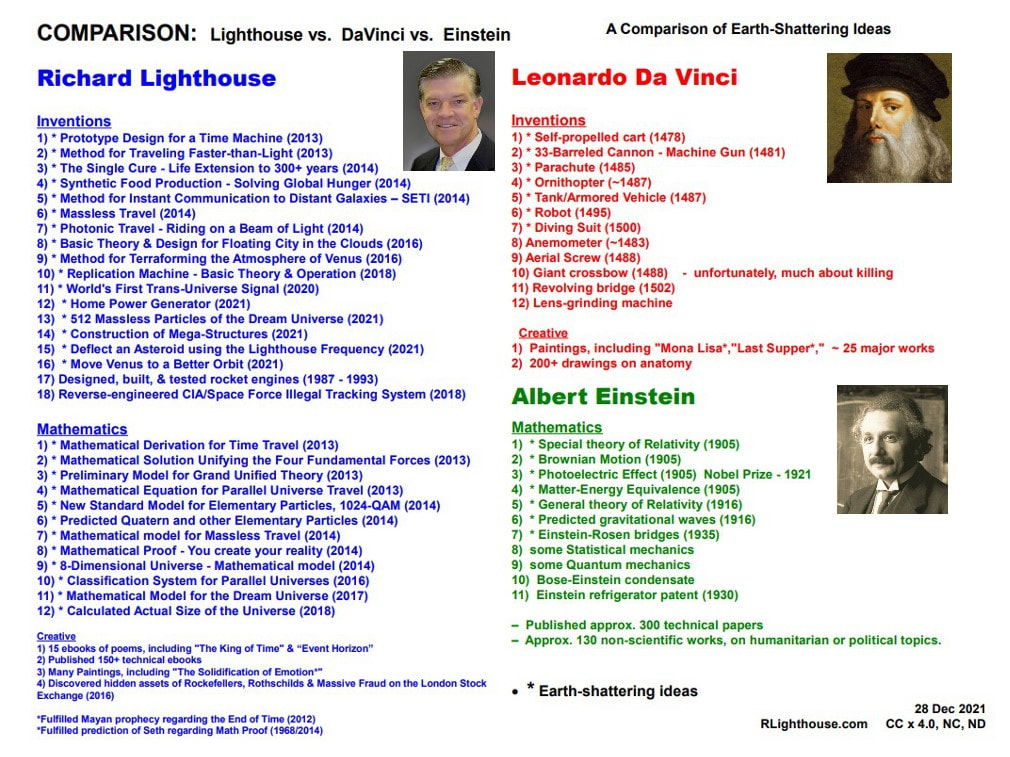 
This short technical ebook presents a new standard model for Elementary Particles. All elementary particle masses are related by simple math.  This math is similar to the math used for wifi signals and it is called 1024-QAM. The 1024-QAM table graphically displays how all elementary particles are related, similar to the Standard Periodic Table in chemistry. If we line up all of the particle masses in order, we find there are a number of “gaps.”  These are called the mass gaps, and they line up perfectly with 1024-QAM, which fits the sequence.  Supersymmetry (SUSY) is also found to occur with 1024-QAM. Mass Groups 1 thru 8 have heavyweight counterparts which are found in Mass Groups 9 thru 16. 4 new particles are predicted to be discovered between 0.7 to 15 TeV.  Also, 4 new particles are predicted to be discovered between 30 to 200 TeV. Numerous other new particles are predicted using 1024-QAM.  The only possible explanation for elementary particles to match a QAM pattern, is due to a blinking or discrete universe. This ebook provides compelling evidence that our universe is literally blinking, off and on.  This blinking frequency is about 1.1 THz.

This author challenges scientists in the particle physics field to provide a better model than 1024-QAM, that will fit the “mass gaps.”  I suggest starting with a QAM model and see what format you think will best fit the existing experimental data that is available.  In my opinion, the data to support 1024-QAM is already available at CERN, Berkeley, Fermi Lab, Brookhaven, Perimeter Institute, and Stanford.  No expensive, new experiment will need to be run.
#BlinkingUniverse

The math for the QAM table is simple and elegant.  No previous particle model has been able to explain the mass gaps.  The QAM model beautifully explains the mass gaps.

QAM stands for Quadrature Amplitude Modulation.  Digital-QAM is a data transmission method that can be used to broadcast television pictures or WiFi signals, and many other applications.  For digital applications involving computers, its use seems obvious.  However, for applications involving physical reality – this may seem confusing, until it is understood that our universe is literally blinking off and on.

QAM in dynamic motion can be seen here: 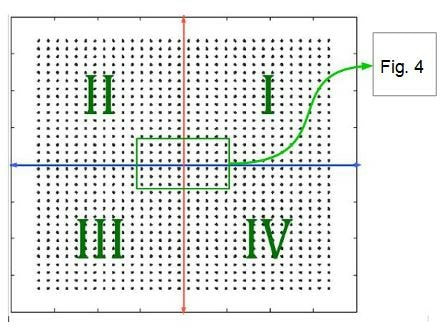 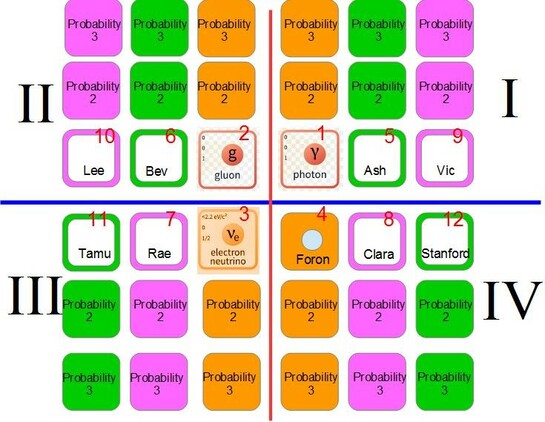 Figure 4.  This is how the center of the 1024-QAM table might look like.  Note the sequence of red numbers – this is the basic pattern for QAM.  It is apparent that the first 4 particle masses are Bosons.  There may be some minor changes is the order of leptons and quarks, but the pattern is basically predictable.  In our search for particles, it is clear we have skipped over some lightweight particle masses, or we may need to target our future searches for specific masses.  Bosons are orange, Leptons are green, and quarks are purple.


My initial thoughts looking at this table are:  I can't believe that we missed all of these lightweight particles!  How can this be correct?  However, I ask you to consider – how many chemicals were missed and skipped over when the Chemical Periodic Table was being assembled in the 1800's and early 1900's?  Anyone that knows this history can confirm – many of the elements were rare in nature and had not been identified.  The difference is  - this time we are working with a mathematical pattern, not just experimental evidence.

The other possibility - is that these missing particles are dark matter.

Figure 6.  Periodic Table for Elementary Particles showing all 16 mass groups.  Each particle has 16 probabilities = 4 charges X 4 Spins.  Total Particle count = 1024.   This is the new standard model.  Note how the particles appear in groups of four.  This is typical of a QAM or wifi signal.  They are arranged by mass groups in a natural pattern.  Our universe is constructed using a simple mathematical pattern.   It provides compelling evidence that our universe is literally blinking, off and on, at a high frequency.  Note that the pattern of quarks and leptons can be “filled-in” from the previously available known data.  Although it may need some minor corrections from what is shown in this table, the pattern is basically predictable.

Note that we are aware of 3 particle types:  Lepton, Quark, and Boson.  In a pattern of 4's (QAM) – there must be a 4th particle type.  I call the 4th particle type, “Quaterns.”  They are the heavyweight counterparts for the Boson, and have a similar purpose within the particle field.  When we discover the photino soon, it will be a Quatern.  This is not simply a new particle, it is a new type of particle.


4.  Further Research
This preliminary model needs further research.  The readers input and suggestions are requested.  Readers are encouraged to review the work of Theodore Lach (Reference 8).  His equation:


5.  Conclusions
Mass Gaps, charge, spin and amplitude are readily identified and arranged by a Digital-QAM table.

7.   Seth (Jane Roberts) Early Sessions, Book 2, Session 60, 1964. “Matter is continually created, but no particular physical object is in itself continuous... No particular physical particle exists for any amount of time. It exists and disappears, and is instantaneously replaced by another.”

About:  The author holds a Master of Science (M.Sc.) degree in Mechanical Engineering from Stanford University.

Funding:
This research was generously supported with a grant from the Foundation Opposed to Academic Puffery (FOAP).