"One of the prerogatives of American citizenship is the right to criticize public men and measures—and that means not only informed and responsible criticism, but the freedom to speak foolishly and without moderation."
--   U.S. Supreme Court, Baumgartner v. United States, 322 U.S. 665 (1944)

CounterTerrorism  =   Gangstalking
​
Please print out a copy of this Tab, in case our web site is taken down.

The Director of the Fusion Center in each state, is the criminal Boss for these operations.  It is our opinion that George T. Buenik and Robert Mock run the gangstalking operations in the city of Houston.  The DHS and FBI provide funding and support for their criminal activities.

Other Senior Managers, and their home address from zabasearch.com - which is public information.  It is our opinion that these men have knowledge of the Gangstalking program, and support the activities.    The people working at the Fusion Centers assume, that if someone's name appears on the Watchlist, the stalking and harassment is justified, even if it is illegal.  It never occurs to these idiots to ask -   "Why is this person on the Watchlist?"

Federal Judge Anthony Trenga, decided that the Watchlist is Unconstitutional, because the FBI failed to provide any shred of evidence, that someone was a "known or suspected terrorist."

Targeted Individuals are not terrorists, they are listed on the Watchlist as "Non-Investigative Subjects (NIS)".  They are gangstalked because they are whistleblowers and political activists, etc.  The CIA wants them silenced, and funds this program under the black budget.

Here are the names of some of the key managers at the Houston Fusion Center:

The FUSION CENTERS are the hub for criminal activity.  This was proven by the report from the Brennan Center for Justice.  (see below) 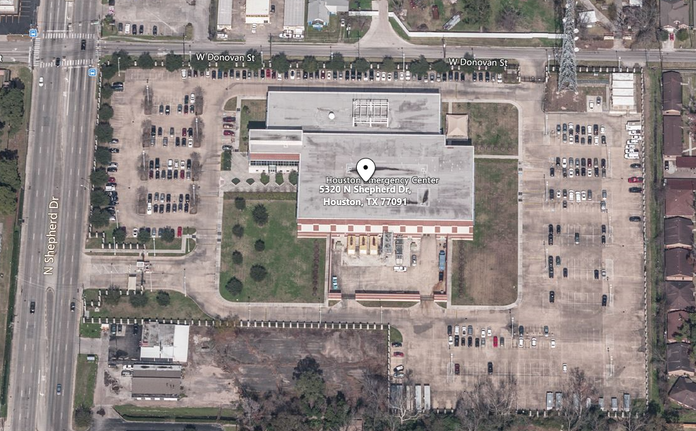 Houston Office of Emergency Management  - This is the Houston Fusion Center.  Some of the people working here have Security Clearances and know about the Gangstalking program.  Some of the employees probably have heard the emergency calls of Targeted Individuals.  Ironically, the large circular antennas on their microwave tower are 10 times more deadly than the 5G antennas that are currently being installed in Houston  -  proven to cause cancer.

We sent Cease & Desist letters in January 2020,  to many people at this Houston Fusion Center - no one has replied or denied our allegations.  If they truly believed we were wrong - the appropriate response would be to contact us, or meet with our group.  After 2 years, no response.


Cease & Desist letter emailed to David Cutler and many of the managers at 5320 N Shepherd:
More names of people that work at the Houston Fusion Center: 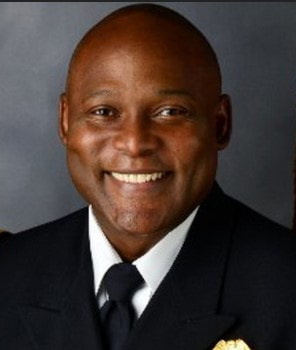 http://www.harriscountycitizencorps.com/
In Harris County, Texas – Citizen Corps is run by the Fusion Center.
Mark Sloan is listed as the contact, and he works at 5320 N Shepherd.

Infragard.org is a national organization.  They are funded, and controlled by the FBI.  After they are established, they solicit donations from companies.  The FBI assigns an agent to each of the Infragard offices.  They have about 66,000 members in the United States.  This represents about half of the daily gangstalkers in the United States.  Citizen Corps (DHS) and Neighborhood Watch also have significant perp-stalkers.  See their websites.
https://www.ready.gov/citizen-corpshttps:/
/www.nnw.org/

The paranoid idiots at Infragard, believe that a terrorist is hiding behind every tree, and under every rock.  The FBI cultivates this type of paranoid thinking, because it justifies a bigger budget every year.  See our video below, where an FBI Official admits that the FBI does this.  And it allows the FBI to avoid FOIA requests about the activity.

Their supposed goal is to protect infrastructure.  But you can't accomplish "protection" by having meetings and talking about protection.  You have to surveil someone - and that's grossly illegal.  There are stalking laws in every state.  Where do they get their names from? - The FBI and the Fusion Center give them names and addresses from the FBI's illegal Watchlist.  Judge Anthony Trenga declared the Watchlist as Unconstitutional, because the FBI could not provide a shred of evidence, that someone was a "known or suspected terrorist."  This is how the patsies at Infragard are duped into performing the dirty work for the FBI. 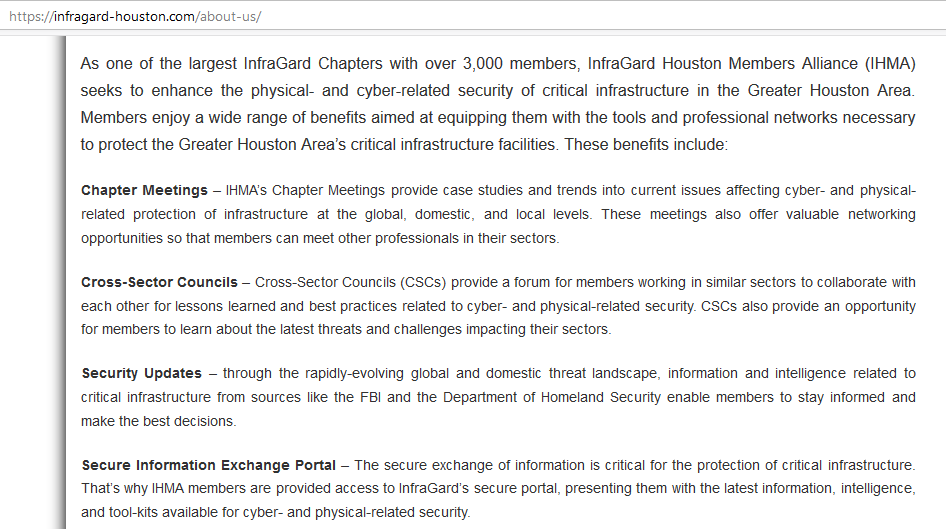 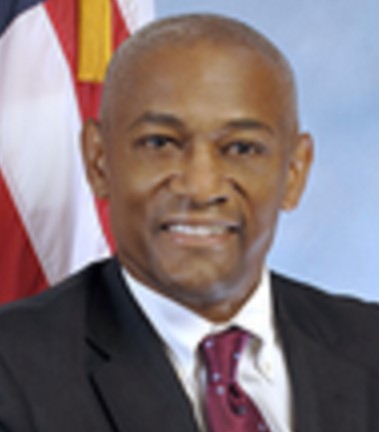 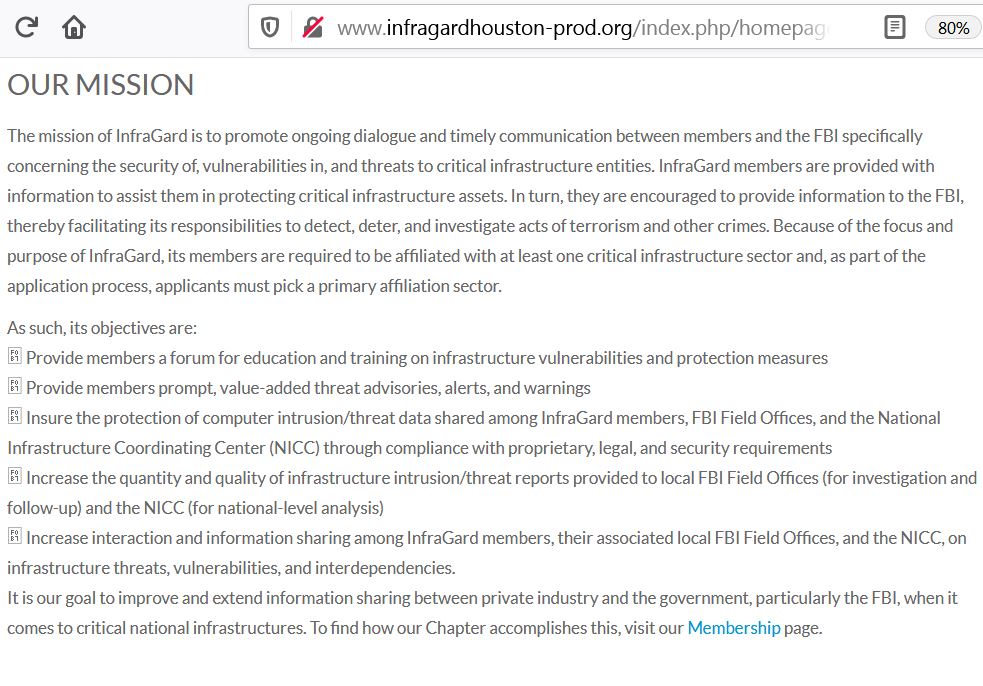 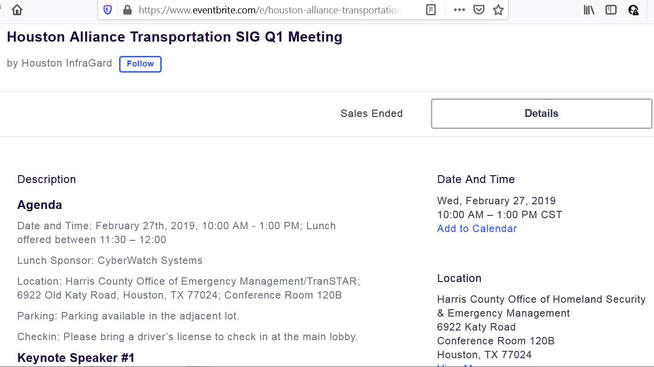 Brennan Center for Justice published their research on the corrupted Fusion Centers in the United States.  Fusion Centers routinely violate the civil rights of US citizens.   Police Depts included in the study:

"Houston’s fusion center, the Houston Regional Intelligence Service Center (HRISC), also professes to follow to 28 CFR 23.  But it too maintains intelligence information that does not meet the reasonable suspicion threshold for one year.  Moreover, if shared with the FBI’s eGuardian network, the bureau can keep any of this information for at least five years."  pg 28

"... the Houston police have their own criteria, which are so broad as to include “any suspicious person or event ... determined as suspicious or worthy of reporting by an officer or supervisor.” pg 14

"The Houston Independent Police Oversight Board is typical of this approach. This 20-member civilian board, appointed by the mayor, reviews all major internal investigations to “determine if the investigation was sufficient and the conclusions were correct.” It can make nonbinding disciplinary recommendations or request additional investigation by the police, and if necessary, by the city’s Inspector General. The board is new, created in 2011 after the disclosure of video showing four Houston police officers beating a 15-year old burglary suspect. Although intended to operate independently from the police, its lack of subpoena power and investigative authority has raised concerns about its effectiveness.  The board also has no authority to sit in on questioning during an Internal Affairs investigation." pg 28.


"[The Houston Fusion Center]... has incorporated these provisions into their privacy policies. But in each instance, the privacy officer is a fusion center employee."  pg 36.

"For example, the Houston MOU cites the FBI guidelines as a “controlling document” with only a caveat that any conflict with state or local law “will be jointly resolved.”  This hedging provides Houston officers with little practical instruction as to what to do in case of conflicts."  pg 37.

"See Houston Police Dep’t, General Order 800-07: Criteria for Submitting Incident Reports 2-3 (2007) (on file with the Brennan Center) (requiring officers to report “suspicious persons, vehicles, or activities involved in videotaping, photographing, sketching, drawing ... or asking detailed questions regarding buildings”; “a person or event associated with suspicious possession of ... suspicious posters, fliers, or other publications”; “any protest or demonstration associated with terrorism, acts of war, attacks, [or] unusual suspicious activity ...”; and “any suspicious person or event not listed in the above categories but determined as suspicious or worthy of reporting by an officer or supervisor.”)."  pg 54

"In Houston, officers are required to report: “suspicious persons, vehicles, or activities involved in videotaping, photographing, sketching, drawing ... or asking detailed questions regarding buildings”; “a person or event associated with suspicious possession of ... suspicious posters, fliers, or other publications”; “any protest or demonstration associated with terrorism, acts of war, attacks, [or] unusual suspicious activity ...”; and “any suspicious person or event not listed in the above categories but determined as suspicious or worthy of reporting by an officer or supervisor.” Hous. Police Dep’t, supra note 128, at 2-4. "  pg 56.

"In Houston, a memorandum in effect since 2007 cites the FBI guidelines as a “controlling document” with only a caveat that any conflict with state or local law “will be jointly resolved.”Houston JTTF MOU, supra note 339. This leaves Houston officers assigned to the JTTF with little practical guidance. By comparison, a previous memo from 1993 clearly stated that “personnel of the HPD shall be required to utilize only those investigative techniques consistent with their given standards and procedures.” Hous. Counterterrorism Task Force, Memorandum of Understanding1 (1993) (on file with the Brennan Center). It also mandated that “[t]o the extent that HPD standards and procedures impose any greater restrictions upon the use for their informants and cooperating witnesses, such personnel shall be bound by those restrictions.” pg 75.


The DHS signed a Memorandum of Agreement with the City of Houston in 2007, that basically approves the Civil Rights violations and illegal surveillance at the Fusion Center.


CONTENT ON THIS WEBSITE IS THE OPINIONS OF TARGETED JUSTICE AND/OR RICHARD LIGHTHOUSE.  OPINIONS ARE A PROTECTED FORM OF SPEECH.