Letter from Dr Eldon A. Byrd. 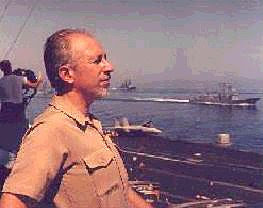 Letter from
Dr. Eldon A. Byrd

Dr. Eldon A. Byrd wrote a letter of recommendation for Cheryl Welsh of mindjustice.org
He was quoted in the US News and World Report, 7-7-97, Wonder Weapons The Pentagon's quest for nonlethal arms is amazing. But is it smart? by Douglas Pasternak. Here is the complete quote on page 45-46.


"Low-frequency sleep
From 1980 to 1983, a man named Eldon Byrd ran the Marine Corps Nonlethal Electromagnetic Weapons project. He conducted most of his research at the Armed Forces Radiobiology Research Institute in Bethesda, Md. "We were looking at electrical activity in the brain and how to influence it," he says. Byrd, a specialist in medical engineering and bioeffects, funded small research projects, including a paper on vortex weapons by Obolensky. He conducted experiments on animals-and even on himself-to see if brain waves would move into sync with waves impinging on them from the outside. (he found that they would, but the effect was short lived.)
By using very low frequency electromagnetic radiation-the waves way below radio frequencies on the electromagnetic spectrum-he found he could induce the brain to release behavior-regulating chemicals. "We could put animals into a stupor," he says, by hitting them with these frequencies. "we got chick brains-in vitro-to dump 80 percent of the natural opiods in their brains," Byrd says. He even ran a small project that used magnetic fields to cause certain brain cells in rats to release histamine. In humans, this would cause instant flulike symptoms and produce nausea. "These fields were extremely weak. They were undetectable," says Byrd. "The effects were nonlethal and reversible. You could disable a person temporarily," Byrd hypothesizes. "It [would have been] like a stun gun."
Byrd never tested any of his hardware in the field, and his program, scheduled for four years, apparently was closed down after two, he says. "The work was really outstanding," he grumbles. "We would have had a weapon in one year." Byrd says he was told his work would be unclassified, "unless it works." Because it worked, he suspects that the program "went black." Other scientists tell similar tales of research on electromagnetic radiation turning top secret once successful results were achieved. There are clues that such work is continuing. In 1995, the annual meeting of four-star U.S. Air Force generals-called -CORONA-reviewed more than 1,000 potential projects. One was called "Put the Enemy to Sleep/Keep the Enemy From Sleeping." It called for exploring "acoustics," "microwaves," and "brain-wave manipulation" to alter sleep patterns. It was one of only three projects approved for initial investigation."

This letter of recommendation has been prepared to introduce and support both a technology and a person. The person is Cheryl Welsh, a law student and researcher who is engaged in trying to find out what is behind the thousands of cases of reported abuse against humans that is causing pain and suffering to innocent victims. The technology is one which, if applied malevolently, could cause the abuse.
Cheryl Welsh claims to be an ordinary person who is being harassed by a technology that causes a great deal of anxiety in her life. However, I have found her to be an extraordinary person with an extraordinary ability to thoroughly research a complex topic and draw reasonable conclusions--a talent that will serve her well in her future career as an attorney.
The technology she is investigating opens the door to the possibility that humans are being used as subjects in a massive, worldwide experiment to test mind control techniques. Although there is no hard evidence for such a claim, the 'dirty hands' of governments in the the past (the Third Reich, e.g., and several well known and documented human experiments by other governments, including our own) to experiment on its citizens without their permission, makes her claims plausible.
In an effort to determine the source of what appears to be an obvious intrusion into the minds of unsuspecting individuals, Cheryl Welsh has formed CAHRA [now Mind Justice], Citizens Against Human Rights Abuse--a non-profit organization dedicated to looking into the problem. CAHRA (almost exclusively through her efforts) has amassed a huge data base of articles, statements, and opinions by experts and victims, including much from the former Soviet Union. The time has come to convert the anecdotal data base into hard evidence, and that is what she, with the help of others under her direction, will focus their attention.
I am qualified to evaluate the technology involved, having been in charge of the US Marine Corps Electromagnetic Non-lethal Weapons Development Project in the early 1980's, wherein it was shown that it was possible to alter the behavior of animals with magnetic fields, and entrain human brain waves remotely. Since then, the technology has progressed to the point where even genetic engineering with fields is possible and demonstrable. That the technology to inflict mind control on human beings exists is beyond question. What Cheryl Welsh intends to examine is if it is being used, and if so, by whom? She should be listened to, not dismissed, and she should be supported, not demeaned. What she has uncovered and will uncover is important to the future of mankind, regardless of whether the technology is now being used, because it's potential for abuse is very real and of concern to us all.

Dr. Eldon A. Byrd (Experienced Gangstalking & Microwave attacks)  Died of Cancer. Dec 30, 2002.  Dr. Byrd endorsed Mind Justice.org and was "in charge of the US Marine Corps Electromagnetic Non-lethal Weapons Development Project in the early 1980's, wherein it was shown that it was possible to alter the behavior of animals with magnetic fields, and entrain human brain waves remotely." (source: http://mindjustice.org/1-02-1.htm) PHOTO SOURCE: www.urigeller.com/mindbending.htm) "He was going to try to listen to voices that are projected into a persons head by the government. He has picked up voices in several people and has spent many hours working on this project with Fred. He still has many pages of paperwork that he was supposed to send to Cheryl [Welsch]." (source: http://www.raven1.net/drbyrd.htm)