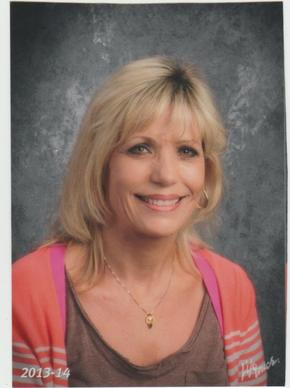 Midge Mathis has a unique story.   Most Targeted Individuals are hit with Microwave beam weapons, which can be quite severe and painful.  It is the opinion of Richard Lighthouse, that the Air Force Space Command may have used the ORS satellites or the Polar Pixie satellite, carrying a Flash Xray weapon system manufactured by L-3 Technologies in San Leandro, California.  The use of these weapons is illegal and expensive, because the flash xray tubes burn out quickly.  We do not anticipate that it will become a commonly-used weapon.  However, if you suspect that you are being targeted with xrays, we recommend carrying a RADTriage Radiation Badge (about $20 at amazon.com).

Under Article 32 of the Geneva Convention, the use of these weapons on civilians is a War Crime, punishable by the death penalty.  These weapons are used against civilians under an Unacknowledged Special Access Program (USAP) called the Targeted Individual Program.  The President and Congress do not know about USAP projects, which is a violation of the U.S. Constitution.  Midge has been hit with these weapons at least 20 times, since 2015.  Here is her statement:
My name is Midge Clause-Mathis.  I have been the subject of a hate crime since August of 2014.  That is the month and year my life became a living nightmare while living in Prescott, Arizona.  I became the victim of a systematic, psychological game, to instill terror and confusion in my life.  It is the sick game of a psychopath.  Unlike most victims, who have no idea what is behind this insane game, I do know who and I know why.  What is most disturbing though, is the participation of law enforcement.  To watch the slow demise of an innocent person, is beyond comprehension.  I can only surmise, that some, who have participated on this ugly game, are sickened by the whole process, or so I would like to think.  Is the blood money they are paid worth the price of their soul?  Or is it because their lives and the lives of their loved ones are threatened?  Throughout the last four years of this abuse, I have often wondered about those who choose to participate.  What would make someone capable of treasonous acts against another?  Are their souls so raw with the ugly truth, that they hide their shameful tears behind closed doors?  Will they, on their death bed, cry out for forgiveness?  I do believe the creator will turn a deaf ear.  I also believe some souls are not redeemable.  The following is a short account of factual events that have happened to me.  Pictures showing the abuse I have endured.

August of 2014, I started getting stalked and harassed on a daily basis, which continues to this day, nearly four years later.  Games played by police departments.  Police reports either altered, destroyed or not reported at all.  Health destroyed, due to the daily stress.  Proof of being poisoned via a hair analysis test.  Implanted with sensors so that I am easily tracked.  The most horrific abuse has been the severe radiation burns of my face and eyes.

November 5, 2015.  Phoenix, Arizona, burned with radiation while sleeping in my home.  The 5th of November just happens to be my wedding anniversary to my first husband.

November 22, 2015. Phoenix, Arizona, burned with radiation while sleeping in my home.  November 22 is my birthday.  Ophthalmologist appointment confirming radiation burns to my eyes.  Doctor's appointment on the same day.  Attorney appointment who witnessed the burns, as well as my girlfriend.

December, 2015.  Prescott, Arizona.  On a curvy mountain road, driving alone, I met a vehicle going in the opposite direction.  Three men whistled from the vehicle.  As I turned my head towards the vehicle, the headlights were magnets, that caused my eyes to locked onto them, preventing me from looking away.  Something was shot into my left eye, temporarily blinding me.  I have mono vision from laser surgery.  My left eye is for distance.  The assault wiped out by ability to drive.  I feel this was a serious attempt upon my life.  I think the plan was for me to drive off the edge of the mountain.  Somehow by the grace of God, I was able to drive on, into the city, whereby numerous law enforcement vehicles were parked on the side of the road with their lights flashing, adding to the vision symptoms, with the level of fear rising.  I slowly made my way to my girlfriend's home.  By then, my vision was so poor, I could not distinguish which home was hers.  My girlfriend had to exist her home, physically directing me to her house.  That night, as I slept on the floor of a bedroom in her home, I heard something being dragged across the gravel in the yard. Shortly thereafter, I felt a flash burn.  Luckily, there was a dresser sitting in front of the window, which helped to protect me.  Ophthalmologist appointment the next day confirmed the assault, as well as my account of the facts regarding the vehicle headlights as magnets.  I recounted my story to a police officer and then discovered the report was never filed. I then filed another report which turned out to be erroneous.

April 2016, Phoenix, Arizona, burned while driving. The force of the assault left me with the sensation of being decapitated.  It felt as though my head was sitting on my right shoulder. Everything got wavy around me, and I got sick to my stomach. I was able to drive onto my girlfriend's home, whereby I recounted the story and told her I felt I had been burned again. Less than 36 hours later, I am in the ER with severe radiation burns to my face and eyes. I was treated at Banner Thunderbird Hospital.  The very same hospital where I use to work.  I filed a report with Glendale, Arizona Police Department the next day.  Two officer's came to the home where I was staying.  One took professional pictures of the burns to my face and eyes.  Approximately one month later, two "police officers" arrived unannounced at my home.  They had no identification with them, nor did their uniforms signify anything. They told me there would be no investigation for lack of evidence.  In the midst of horrific trauma, you are unable to move forward because of the severe abuse.  It is a well thought out plan to instill fear in the subject.

March 28, 2018.  Peoria, Arizona. 1:46 AM.  I am awake.  I see a drone outside my bedroom window, pointing at me.  The drone has two infrared lights that flash.  I immediately grab my camera and run towards the window.  I hear a truck squeal off, away from my home.  I then document to a friend on Messenger about the assault.  Later that morning, my face is slightly burned.

The last four years have been a long, hard road, but I refuse to give-up.  Instead, I am determined to expose the atrocities that are being illegally committed against me.  No one has the right to subject me to mental anguish and physical abuse because of what I know.  I am an accidental whistleblower to government corruption.

I am able to stay grounded because of the love of my family and friends.  Let me be clear, I have lost loved ones along the way.  Other family members are being subjected to abuse.  It is my duty to tell my truth, to protect my loved ones.  I try and live my life by the following poem, for I refuse to let anyone destroy my spirit nor my gift of love for others.

Do Not be dismayed by the brokenness of the world.
All things break. And all things can be mended.
Not with time, as they say, but with intention.
So Go-
Love intentionally, extravagantly, unconditionally.
The broken world waits in darkness for the Light that is you. 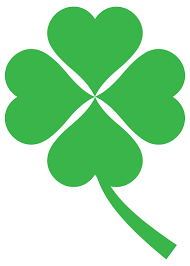