AT&T signed a $6.5 billion dollar contract with the U.S. government to provide the (FirstNet.com) system in the United States.  This system uses common smart phones for access - it is close to the same frequencies as existing AT&T cell towers.  In the author's opinion  - this is a massive contract that is payment/part of the tracking and attack system that will be used on Targeted Individuals, as well as a communication system for first responders.   See the free ebook by Richard Lighthouse - "Massive Fraud at AT&T."


This company can no longer claim that they did not know about the attacks on Targeted Individuals, and they are subject to being sued.

After significant research, TargetedJustice.com has determined that AT&T Corporation is involved in the Targeted Individual Program, which includes using Directed Energy Weapons to track and attack United States civilians.  These actions are clearly defined as Treason or Misprision of Treason.  In particular, your company's antennas are using digital beam forming as a weapon to attack civilians.

1)  Any electrical engineer can surmise that the electrical power consumption on a cell tower, significantly exceeds what is required to deliver phone calls, text messages, and internet access.  The large spikes in power consumption are used to feed the digital beam weapon system.
2)  Tower technicians are routinely told not to use a signal analyzer near the tower antennas.  (because this would reveal the high power signals that are being used as a beam weapon)
3)  Recall the 2006 lawsuit with AT&T technician Mark Klein, who provided details about the level of corruption and collusion between the NSA and AT&T.
4)  The $6.5 billion dollar FirstNet system being built by AT&T, is actually payment/part of the tracking and targeting system that will be used against Targeted Individuals.  (FirstNet.com)  The average cell tower costs $175,000.  This means that AT&T has been paid enough money to install more than 37,000 cell towers, nationwide.  And yet the FirstNet system is already operational, without installing many new towers.  Where did the money go?  And what was the payment really for?  Clearly, the numbers and cost do not make sense.

The undersigned represent the interests of more than 2,000 Targeted Individuals ("Non-Investigative Subjects").  We demand an explanation for these activities and compensation for pain, suffering, and illegal torture.  A similar letter has been sent to the Air Force Space Command in Colorado Springs.

We demand that you immediately CEASE AND DESIST your illegal activities, including the support of U.S. government agents using these tracking systems, providing training or technical support, or providing upgrades or modifications to the systems which are being used to track or attack civilians.  Such actions are in violation of Article 32 of the Geneva Conventions and numerous Federal & State laws.  In the United States, your continued actions constitute High Treason.

You may have already violated numerous Federal laws, including:

This letter does not constitute an exhaustive statement of our position, nor is it a waiver of any rights or remedies in this or any other related matter.   We insist on your immediate compliance, and expect a written response within two weeks.

Finally, SEC Rule 10b-5 requires the FULL DISCLOSURE of information that might effect the price of AT&T shares.  We expect you to FULLY DISCLOSE to your shareholders that there is a risk your company will be sued for billions of dollars.

It should be noted that the United Nation Human Rights Council has previously declared that aiding and abetting a war crime – by selling weapons a nation knows will be used in the commission of atrocities – is also a war crime.  And under

This means that AT&T and its senior executives have committed Treason against U.S. Civilians, by continuing to assist the NSA, the USAF and the CIA's black projects.

Sample chart showing how the electrical power spikes demonstrate that a microwave beam weapon is being used on the cell tower. 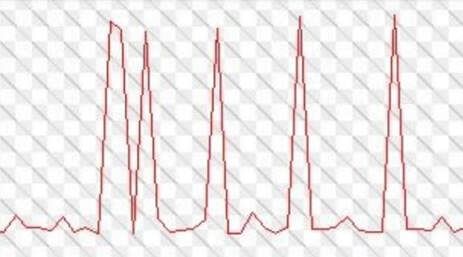 USPS Proof of Delivery:
Proof from the US Postal Service - it was delivered. 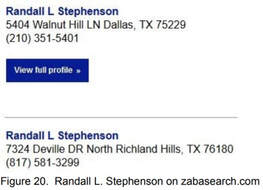