"Mr. Chairman, when the Federal Reserve Act was passed the people of the United States did not perceive that a world system was being set up here which would make the savings of an American school-teacher available to a narcotic-drug vendor in Macao. They did not perceive that the United States was to be lowered to the position of a coolie country which has nothing but raw materials and heavy goods for export. That Russia was destined to supply man power and that this country was to supply financial power to an international superstate  ---  a superstate controlled by International bankers and international industrialists acting together to enslave the world for their own pleasure." 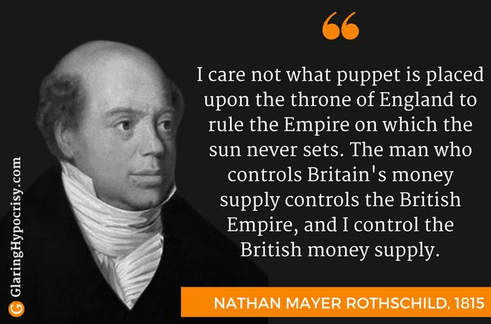 
Books & Free Ebooks:
(Thanks to Allison Ireland)
Opinions of the author's are their own, and not necessarily the opinions of Targeted Justice.

Dr Nick Begich
Earth Rising: The Revolution, Toward a Thousand Years of Peace
Angels Don't Play This Haarp: Earth Rising II: The Betrayal of Science, Society and the Soul Advances in Tesla Technology
Controlling the Human Mind: The Technologies of Political Control or Tools for Peak Performance

Chris Door
Guide to the Conspiracy

Rosanne Marie Schneider
Surveillance, Torture and Control in the Modern World…. A Collection of Links to Inform the Public and Targeted Individuals about Crimes of Organized Stalking and Electronic Harassment

Michael Fleming
Tortured in America: The Life of a Targeted Individual

June TI
No Ordinary Stalking : a look at organized stalking and electronic harassment

Michael F. Bell
The Invisible Crime "Illegal Microchip Implants and Their Use Against Humanity"

Brice Taylor
Thanks For The Memories ... The Truth Has Set Me Free! The Memoirs of Bob Hope's and Henry Kissinger's Mind-Controlled Slave
Starshine: One woman's valiant escape from mind control : a novel
Revivification: A Gentle, Alternative, Memory Retrieval Process For Trauma Survivors

Chomi Prag
How to Deal with and Defeat Gang Stalkers

Michael Fleming
Tortured In America: The Life of a Targeted Individual

John Marks
The Search for the "Manchurian Candidate": The CIA and Mind Control: The Secret History of the Behavioral Sciences

Elizabeth Sullivan
My Life Changed Forever: The Years I Have Lost as a Target of Organized Stalking

Diane Glass
Stalking the Stalker: Fighting Back with High-tech Gadgets and Low-tech Know-how

E. J. Watt
The Devil Beside Me: Gang Stalking, The Secret War and How to Win

Marshall Lee
Persecuted But Not Forsaken

(This video was likely produced by the CIA.  However, it provides some information that is difficult to find.  Just ignore the overblown conclusions - that the CIA has control of everyone and everything.  That is what the government criminals want you to believe.)

Some articles:  (thanks to A. Ireland)
A Voice Only You Can Hear: DARPA’s Sonic Projector by Sharon Weinberger 6/5/07

Inside the Race To Hack The Human Brain by John H. Richardson 11/16/17