Targeted Justice is the world's leading information resource for Targeted Individuals.  If we have helped you, please consider a donation of $3.50 per month.  (That's less than your expensive cup of coffee.)      https://www.patreon.com/TargetedJustice

Please print out a copy of this Tab, in case our web site is taken down.

The Director of the Fusion Center in each state, is the criminal Boss for these operations.  You might think of these people as a "mafia boss."  It is the opinion of Richard Lighthouse, that Christopher Rodriguez runs the Gangstalking program in Washington DC.  He is the Director.
If you live in the DC area and are being gangstalked - write him a nice Cease & Desist Letter.

Christopher Rodriguez is the current Gangstalking Boss of Washington DC.
He was a CIA Officer, early in his career.  His specialty is Counter-Terrorism.

Chris Rodriguez has been a CIA Officer (and probably still is.)
"Following the terrorist attacks of September 11, 2001, he joined the Central Intelligence Agency (CIA), where he became a senior analyst in its Counterterrorism Center." 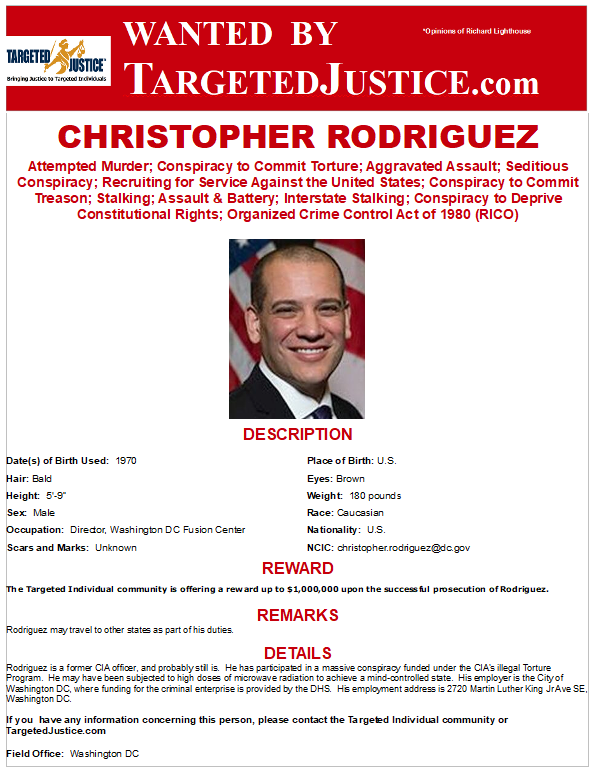 In the opinion of RIchard Lighthouse - Jeff Carroll is the Gangstalking Boss for the MPD, and the Chief of Police certainly knows about the gangstalking.   If you live in the DC area and are being gangstalked - write them a nice Cease & Desist Letter.

Homeland Security Bureau
Assistant Chief Jeffery Carroll
300 Indiana Avenue, NW, Room 5050
Washington, DC 20001
Phone: (202) 727-9659
The Homeland Security Bureau integrates intelligence and operational functions to ensure that the District is well protected and that the government works to prevent and is prepared to respond to threats and critical incidents.
[email protected] 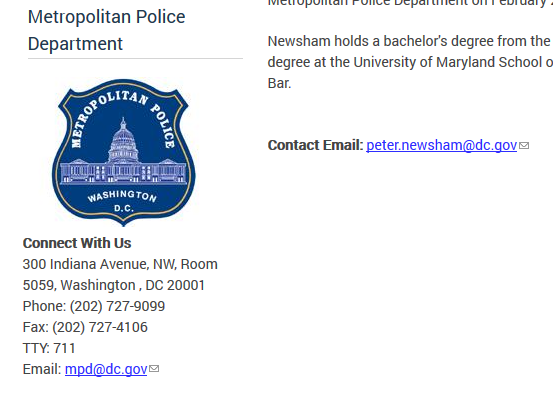 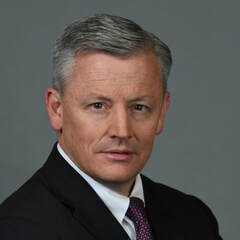 Michael McGarrity was named assistant director of the Counterterrorism Division in February 2018. Mr. McGarrity had previously served as the special agent in charge of the Criminal Division of the New York Field Office.
Mr. McGarrity joined the FBI in 1996 and began his career in the New York Field Office, where he investigated violent gangs, Colombian drug trafficking organizations, and international money laundering networks. After the terror attacks on September 11, 2001, Mr. McGarrity transferred to the New York Joint Terrorism Task Force, where he investigated international terrorism matters.
Mr. McGarrity has held a variety of leadership positions throughout his career, including as FBI detailee to the CIA’s Counterterrorism Center and the FBI’s deputy on-scene commander in Afghanistan. Mr. McGarrity also served as the supervisor of the FBI’s extraterritorial investigation squad in the Washington Field Office, the director for counterterrorism on the White House national security staff, and as the FBI’s legal attaché in Switzerland.
He was also the first director of the Hostage Recovery Fusion Cell, where he led national efforts to secure the safe recovery of U.S. nationals held hostage abroad.
Before joining the FBI, Mr. McGarrity was a prosecutor in New York City and an economist for the U.S. Department of Energy. He obtained his law degree magna cum laude and undergraduate degree in economics from The Catholic University of America. Mr. McGarrity also attended Harvard University’s Kennedy School of Government Senior Executives in National Security program.


Counterterrorism  =  Gangstalking.
FBI Terrorist Screening Center (TSC)  - this is where the fraudulent Watchlist is utilized. 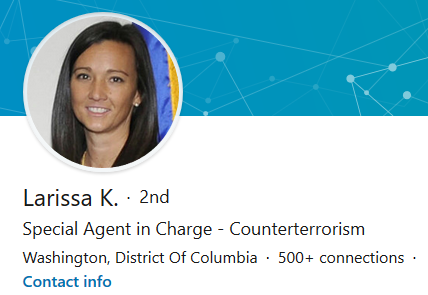 Infragard.org is a national organization.  They are funded and controlled by the FBI.  After they are established, they solicit donations from companies.  The FBI assigns an agent to each of the Infragard offices.  They have 66,000 members in the United States.  This represents about half of the daily gangstalkers in the United States.  Citizen Corps (DHS) and Neighborhood Watch also have significant member-stalkers.  See their websites.
https://www.ready.gov/citizen-corpshttps:/
/www.nnw.org/

The paranoid idiots at Infragard, believe that a terrorist is hiding behind every tree, and under every rock.  The FBI cultivates this type of paranoid thinking, because it justifies a bigger budget every year.  And it allows the FBI to avoid FOIA requests about the activity.

Their supposed goal is to protect infrastructure.  But you can't accomplish "protection" by having meetings and talking about protection.  You have to surveil someone - and that's grossly illegal.  There are stalking laws in every state.  Where do they get the names from? - The FBI and the Fusion Center give them names and addresses from the FBI's illegal Watchlist.  Judge Anthony Trenga declared the Watchlist as Unconstitutional, because the FBI could not provide a shred of evidence, that someone was a "known or suspected terrorist."  This is how the patsies at Infragard are duped into performing the dirty work for the FBI.