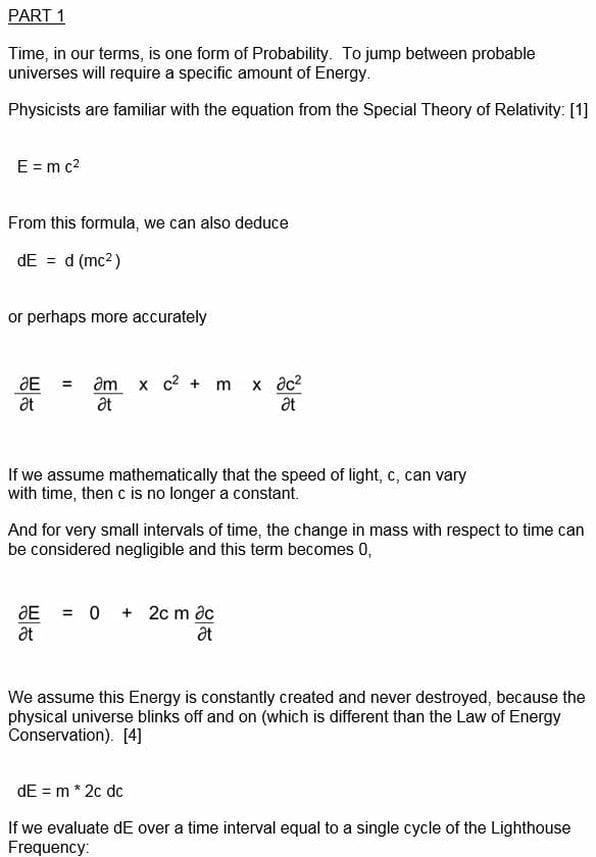 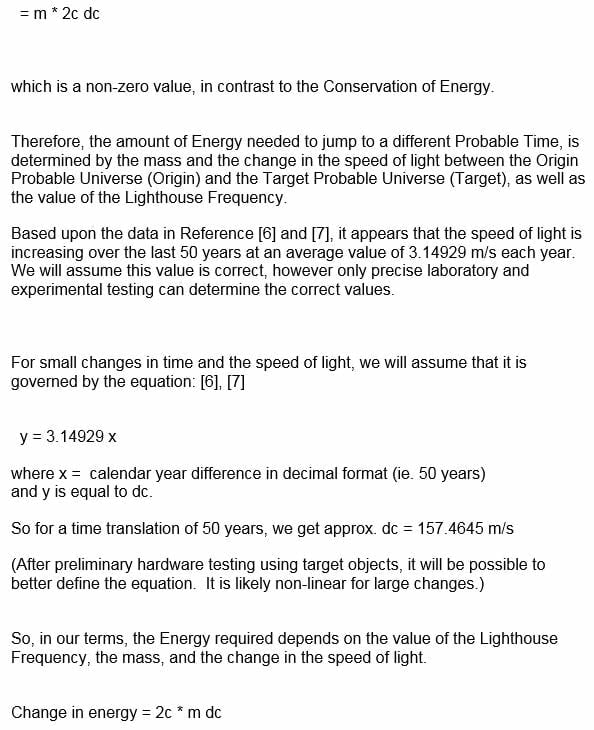 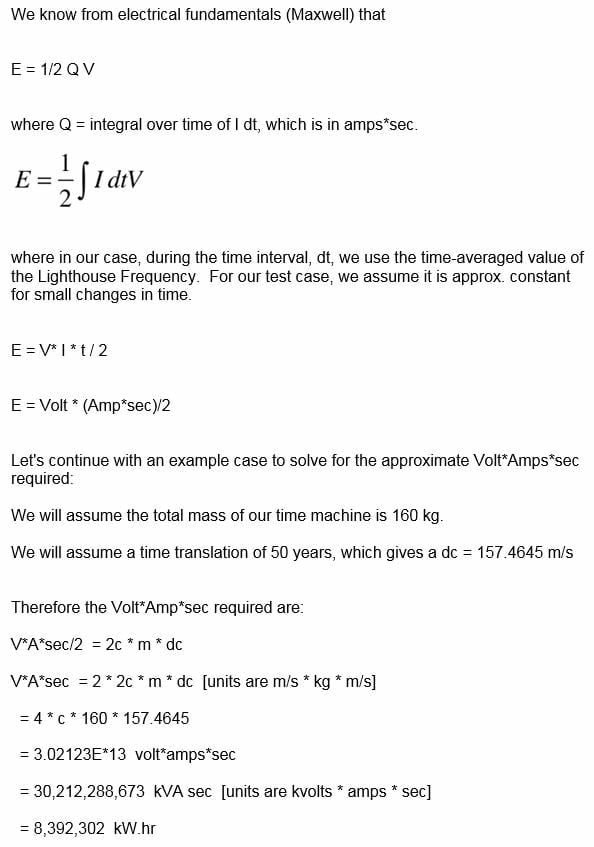 
CONCLUSIONS
An approximate solution has been provided to determine the amount of energy required for time travel. The concept is based upon a blinking universe. A sample problem has been analyzed assuming a time machine with a mass of 160 kg and a time translation of 50 years. [9]

This document is a living document. The author reserves the right to make corrections and changes.

4. Seth (Jane Roberts) Early Sessions, Book 2, Session 60, 1964. “Matter is continually created, but no particular physical object is in itself continuous... No particular physical particle exists for any amount of time. It exists and disappears, and is instantaneously replaced by another.”

5. Seth (Jane Roberts) Unknown Reality, Volume 1, Session 684, 18 February 1974. “The world literally blinks off and on. This reality of fluctuation in no way bothers your own feeling of consistency, however. The "holes of nonexistence" are plugged up by the process of selectivity.”

7. Daniel Gezari, Lunar Laser Ranging Test of the Invariance of C, National Aeronautics and Space Administration (NASA), 2009. Value of c determined to be 299,792,658 +/- 10 m/sec. [different than the traditional constant value]

8. Seth (Jane Roberts) Early Sessions, Session 135, 1965. "Such electrical realities then, through the strength of their intensities and their particular range, are projected into some fields, but not projected into others. Any so-called travel through time involves then, a traveling through such intensities.” [Author’s note: Electrical Intensities = Volts, Range = Amp*sec]

Acknowledgments: The author gratefully acknowledges Seth, Jane Roberts, and Rob Butts for their significant contributions. Also thanks to Dr J. Jerke and Dr R. Bryan for their comments on the math, although they do not necessarily agree with the views expressed in this paper.

About: The author holds a Master of Science (M.Sc.) degree from Stanford University. He can be reached: RLighthouse – at – protonmail.com


Funding
This research was supported with a grant from the Foundation Opposed to Academic Puffery (FOAP).

If we assume that we will build up this electric charge on a capacitor, and then discharge it within a single cycle of the Lighthouse Frequency:
@ 10 cents per kWatt*hr


Figure 2.  The cycle of our universe. 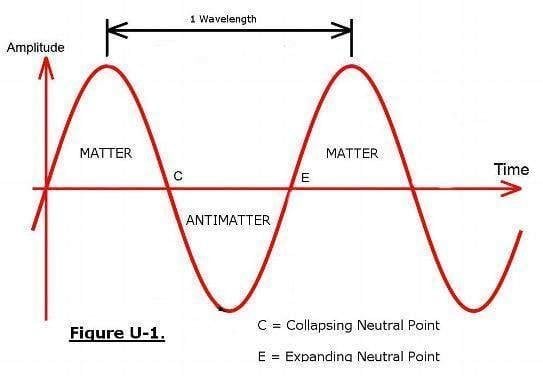